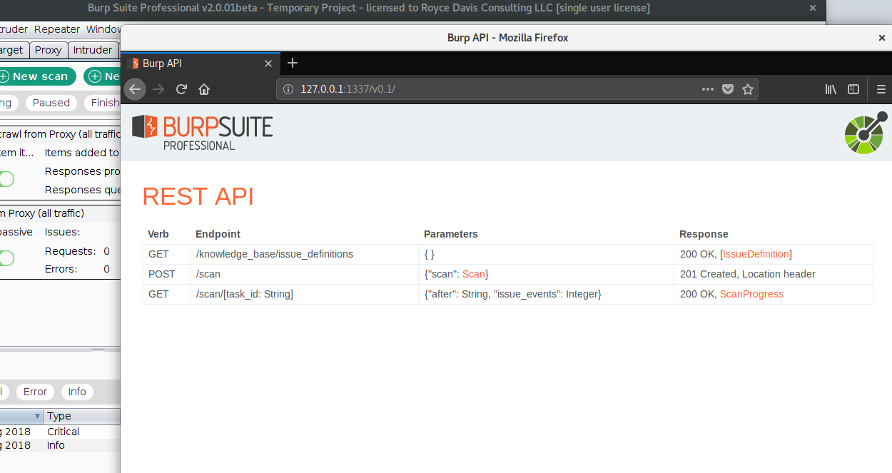 One of the coolest new features released in the recent beta version of Burp Suite is the introduction of a REST API. I blogged about the UI and some other feature enhancements earlier this week. Today I want to talk a little bit about a command-line Ruby script that I’ve written to interface with this REST API called Burpcommander.
Read More

Thank You For Subscribing